You can’t catch it 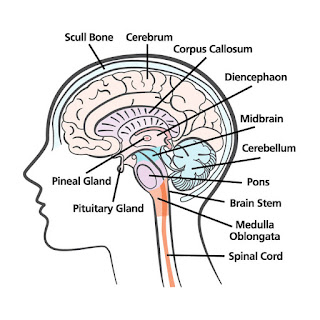 Alzheimer’s is a neurological brain disorder and it is the most common form of dementia. And also it is a group of disorder that impairs mental functionality. Memory lost is one of the earliest symptoms along with a gradual decline of other intellectual and thinking abilities, called cognitive functions and change in personality or behavior.
Scientists generally agree that there are no clear single cause of Alzheimer’s. It seems likely that damage to the brain starts a decade or more before problems become evident and more likely the result of a combination of inter related factors, such as family inheritance via genetic factors, and environmental influences which range from previous head trauma to educational level to one’s early life.
But they are identify various life style factors which may influence one’s risk of Alzheimer’s disease.
They are

It’s Develop as a result of a complex cascade of biological processes that take place over many years inside the brain. Alzheimer’s gradually increase disease cause a deterioration in the brain by destroying the Nerve Cells. Once the nerve cells begin to deteriorate it causes a reduction of response to the other nerve cells. This condition spread out causing chemical interruptions, the transmission of impulses is slow and finally tissues in the brain begin to get damage. In addition when you have Alzheimer’s cerebral cortex shrink massively. The cerebral cortex is outer surface of the brain and it is responsible for all intellectual functioning. So the spaces in the folds of the brain are grossly enlarged. Because of this brain cells die gradually. So this makes difficult for your brain signals to be sent properly and eventually leads to Dead. You can’t catch or Spread Alzheimer’s.
Thirty Five million people in worldwide have Alzheimer’s disease. It is the 5th leading cause of death in people 65 and older. Alzheimer’s disease can occurs at any age, even as young as 40 years. But its occurrence is much more common as the years 40 plus.

Currently there are no cure for Alzheimer’s. Although there are several drugs that may be prescribed to help Alzheimer’s patients. They are not an exact cure, but there are repressive treatment for some of the symptoms of the disease.
Drugs such as donepezil (Aricept), galatamine (Reminyl) and rivastigmine (Exelon) are used to treat symptoms in Alzheimer’s disease.
Antidepressants, anti – anxiety medications and antipsychotics are used to treat the symptoms of depression, anxiety, agitation and the hallucinations and delusions that may occur in Alzheimer’s disease patients.

Medical History– Face to face interview or questionnaire to identify early medical problems.
Physical Examination– Includes evaluations of hearing and sight, heart and lungs as well as temperature, blood pressure and pulse readings.
Neuropsychological testing– Doctors are use a various tools to appraise memory, problem solving, attention, vision-motor coordination and abstract thinking, such as performing simple calculation in your head.
Brain-Imaging Scan– Using MRI and CT scans examine the structure of the brain and they are used to rule out brain tumors or blood clots in the brain as the reason for symptoms.

What are the reasons, effects and how to prevent having high Triglyceride

How to keep your Oral health

9 Best Drinks Before Sleep (Tea, Milk, Juice) Are you struggling to have good sleep? So now on don’t worry Why You Want To Use Organic Herbs And Spices – healthcute.com